34,000 UN soldiers ikilled in action not found worthy of inclusion in the Peace Prize 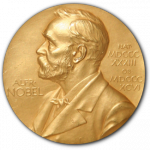 “On June 25, 1950, seven divisions of North Korean troops crossed the border into South Korea, intending to conquer the entire South in three weeks. The South Korean Army was completely unprepared for the attack, and the only US force in Korea was a tiny advisory mission. The US government, under President Harry Truman – with the approval of the UN Security Council – quickly decided to use US and UN forces to draw a line against the Communists in Korea, initially transferring forces from Japan.

Harry Truman, intent on limiting any confrontation with the Soviet Union, downplayed the nature of the conflict, and called it not a “war”, but “a United Nations police action«. The Korean War came to last three years, not three weeks, and, even at the cost of 34,000 UN soldiers’ lives, it did not become a Great War, such as World War II, nor did it, like Vietnam a generation later, come to divide and haunt history.”

Notably, the Korean War was a United Nations operation under the UN flag, just as the later Suez action (1956) and the Congo intervention (1960). The later Vietnam War, however, was a US led operation with international participation but without without UN approval, as were the  two Gulf Wars, the Afghan War and the Iraqi War. 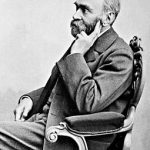 When industrial magnate Alfred Nobel instituted his series of prizes (administered by the Swedish Academy) he separated out the Peace Prize, and entrusted its administration to Norway’s parliament, the Storting. The Storting appoints the five member of the Norwegian Nobel Prize Committe, usually three previous politicians and two cultural personalities.

Members of the Norwegian Nobel Peace Prize Committee in 1988 were: Egil Aarvik, (formann, Krf), Gidske Anderson, (Ap), Frances Sejersted, (H), Odvar Nordli,(Ap), Gunnar Stålsett, (Sp). In 1988 these Nobel Prize Committee members decided to award the prize for 1988 to “the United Nations Peacekeeping Forces”, a decision that was widely applauded, at least until the fine print became apparent. When Mr. Aarvik presented the award speech on December 10th: It turned out that the text had been carefully worded to exclude UN action in Korea in 1950-53:

(quote) “The original United Nations treaty does mention the possibility of military involvement on the part of the United Nations in the event of hostilities, but, because of the relationship between the great powers, it has never been possible to make use of this part of the treaty – the possible exception being the action in Korea in 1950.

… peace keeping operations were commenced in 1956 (…) in connection with the Suez crisis. The Security Coun­cil was unable to act because of a veto from two of the member states. This was solved by summoning the UN General Assembly to a special session, which passed the «Uniting for Peace» resolution that gives the United Nations’ General Assem­bly the power to intervene in the event of the Security Council being unable to act. This resolution was used to deploy a peacekeeping force …”(unquote) (emphasised text by me – EN)

The “possible exception” referred to happens to be the only time that UN Security Council – UN’s highest operational authority – actually did appr­ove a military action as the Treaty permitted. It so happened that “the relationship between the great powers” at the time prevented a Soviet veto (see footnote 1, page 2).

So, in 1988, the Nobel Committee chose, as the starting point for “UN Peacekeeping Forces”, a clever paper manoeuvre that permitted the bypassing of the Security Council in 1956, rather than the legal, straightfor­ward decision of 1950. That way, they managed to ex­clude a previous legal UN action that cost 34,000 (non-Korean) UN forces’ lives. Which proves that today, most people (particularly politicians) like to appear in a humanitarian role rather than in a military one.

A Black Spot on Them …